by Jackie Heath on Jan 23, 2018
Nearly 60% of the US population moves every year. Ever wonder why? We look at some of the reasons people have for moving across the country. 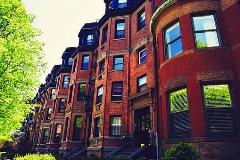 Given the amount of work and stress a move entails, it’s reasonable to wonder why anyone ever puts themselves through a move. It’s easy to guess that people move for jobs or better housing, but the folks at Livability.com dug into census and survey data.

Nearly 60% of the population moves every year. The majority of those moves are local: To a new house in the same metro area or to a better apartment in the same city. But when we talk about long distance moves, there are three main reasons people move, and two secondary reasons.

Jobs and Careers. Young people move to large metro areas to start their careers, and seasoned professionals move for career advancement. It’s not surprising that the magnet report of where people are moving to and away from, shows areas with booming job markets like Texas, North Carolina and Florida gaining residents, while states with sluggish job markets lose population. And it’s not just “jobs” – it’s the type of jobs, with tech, healthcare, financial services, and bio and life sciences drawing large numbers of people to specific employers.

Climate and Environment. People obviously move to destinations they’d like to live in, but bad weather in and of itself is not the only factor. People seem to consider these an added bonus: If you can get the right job, wouldn’t you rather have warm weather, mountains or beaches?

For a New Start. There are people who see a move as a new start, full of opportunity and adventures. These are frequently young adults who pick up stakes and move to a new metro area, as well as retirees moving to embrace the life they really want. But if you think about it, moving for a job is also moving for a new start, and moving to a new community can be an adventure if you embrace it.

Whatever your reason for moving, and no matter where you move to, you’ll need a strong moving company to get your move off on the right foot.