Why Summer is the Peak Moving Season

As you’re getting ready for your move, you may have heard from movers providing 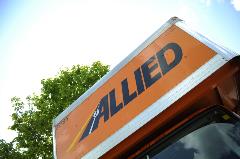 estimates that unfortunately, they can’t move you that week, and that summer is their really busy season. Oh come on, you may think, how busy can it be? Well, nearly 40 million Americans move every year, and more than half of them move between May and September. Here’s why summer is so busy for movers.

First, weather. Especially in northern states, most people want to move while the weather is better. It’s not just that loading or unloading a truck in the winter is cold, it’s also the chance of unloading all your belongings during a blizzard, or having your truck delayed by an ice storm that shuts down an interstate. For most of the country, summer weather is better for moving.

In some cities, June 30 or July 31st are the traditional dates when leases expire. And if you’re a landlord, there are benefits to setting your leases to expire during the summer, especially in older buildings where the landlord pays for heat. Summer moves mean less mud and dirt tracked through common areas, and may make it easier for landlords to complete repairs and repainting.

Our education system also plays a big role. School years end in the early summer, and begin in late August or early September. For families, moving during the summer means less upheaval. And it’s not just grade and high school kids: Think of all the college students who move to school in August and return in May, creating demand for rental trucks. Summer is also the time when newly graduated students move to start their first jobs.

For many companies, the summer is the slow point of the year, and an ideal time to transfer employees. The fact that it’s easier for their families to move in the summer reinforces this, and makes it more likely that if you’re being relocated for work, it will happen in the summer.

The natural cycle of buying homes is partly related to weather, partly related to schools, and partly related to seasons.  Home sales pick up in the spring and build through the summer. The weather plays its part, because it’s harder to evaluate a home when the roof and yard are covered in snow.  And if you have a family with school age children, you plan to buy a house and move when it will cause the least disruption. But it’s seasonal, too: If you shop for a home in the fall, you will end up moving during the busy holiday season, which most people don’t want to do.

At this point, it may also be custom: People expect to move in the spring through the summer, so they don’t think about moving earlier or later in the year.  So for all these reasons, the summer is the busy moving season. If you’re moving in the summer, expect that there will be competition for trucks and crews, and that prime dates (at the end of the month) will get booked early. You’ll need to plan ahead, and be patient and flexible as your move date approaches.