Where People Moved Away From in 2017

There are lots of reasons people move away from states: Job opportunities, better 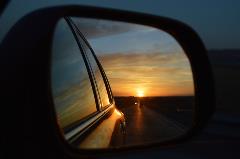 weather, cost of living and overall desirability factors all play a role. Demographics also play a role, as young people are more willing to move for job opportunities, and retirees move to warm weather states.  Retirees resettling in western states seems to be driving a large percentage of population loss.

Michigan: Even as its economy has recovered and diversified from the 2008 crash, Michiganders are leaving. In fact, in a recent survey, nearly 40% of Michigan residents said they would like to leave the state. With frigid weather and heavy snow along the Great Lakes and a shift in the types of jobs available, people are leaving for warmer climates and for job opportunities.

New Jersey: One of two Eastern states in the top five, both are high cost of living states. As retirees leave and millennial job seekers move to cities, suburban states like New Jersey lose population.

Pennsylvania: While cities like Pittsburgh and Philadelphia are reinventing themselves as financial and tech hubs, Pennsylvania continues to shed industrial and manufacturing jobs. Working age people leave for job opportunities, while retirees leave for more desirable climates.

Illinois: While the Chicago area remains a desirable, if expensive, area to work and live, downstate and rural areas experienced job losses and higher unemployment. Additionally, Illinois weather can be miserable, with cold winters but few winter sports, like skiing and snowboarding, to make it a draw.

California: The Golden State is still a driver of innovation and jobs (think Apple, Google and Uber), but the boom has its downside. Of the ten most expensive metro areas in the US, five are in California (San Jose, San Francisco, Los Angeles, San Diego and Santa Rosa).

Just because people are leaving these states right now doesn’t mean that they won’t rebound in future years or that there aren’t opportunities for people. Choosing a place to live is personal, so if you’re planning to move to one of these destinations, don’t let this list change your mind.