Top Places to Visit after Moving to Evansville, IN

Evansville, Indiana, is located in the southwestern part of the state on a bend in the Ohio River. Humans have existed in the area for thousands of years, and there is archaeological evidence dating back to as long ago as 8,000 B.C. that Paleo-Indians lived there. Native Americans from tribes including the Miami, Shawnee, Wyandot and Delaware maintained a continuous presence in the area until European and American settlers arrived in 1805. Evansville grew as a community throughout the 1800s and experienced rapid industrial growth until the Civil War. After the war, hardwood furniture manufacturing became the city's most important economic engine, and more than 41 factories were performing this work by 1900.

Today, the city is an important hub for automobile and steel manufacturing. It is home to an estimated 117,489 people as of the 2010 U.S. Census. Evansville is also known for its many festivals and fairs, the largest of which is the annual West Side Nut Club Fall Festival, held each year in October. This event features street foods and attracts an estimated 150,000 visitors over a three-day weekend. The community boasts a strong educational system, extensive parks and recreation setup and many family-friendly activities. Once you've moved to Evansville, Indiana, and completely settled in, you can begin exploring the area by using this list of fun places as a guide.

Auto buffs and history enthusiasts may enjoy a visit to the Dream Car Museum. Admission is always free, and right when you walk in, you will see the 1946 Kurtis-Kraft Offenhauser Midget in the lobby. The museum is also home to a 2014 McLaren MP4-2C race car. There are permanent exhibits featuring famous cars from television shows and movies as well as other race cars, trucks and historic vehicles. Each display enables you to see the vehicle up close and personal, and there are also educational exhibits. Be sure to check out the memorabilia exhibits that include hubcaps, license plates and mirror decorations.

USS LST Ship Memorial
War, military and history aficionados flock to the exquisitely preserved USS LST Ship Memorial. This facility offers tours of three levels of the ship. You can view the top deck, mess deck, tank deck, galley, troop berthing, guns and anchor as well as the wheelhouse, officer's country and the captain's cabin. The USS LST has been in continuous operation since 1943. It served in World War II, participating in missions including the D-Day landings at Omaha Beach in Normandy, France, on June 6, 1944. The vessel was also involved with North African operations, including the invasions of Sicily and Italy. In December 1944, the ship was able to rescue more than 700 sailors from another vessel that had been torpedoed. Tours take about 60 minutes, and comfortable walking shoes are recommended.

Bosse Field
Bosse Field opened in 1915 as the first municipally owned baseball park. The Evansville Otters of the Independent Frontier League call the park home. The well-preserved facility was used for the filming of the baseball-themed movie "A League of Their Own" in 1992. If you would like to watch a baseball game, you can purchase a ticket for a single game at the box office. If you really enjoy baseball, season tickets are also available. Comfortable seats and great views of the field are what Bosse Field is known for, and the stands feature expansive awnings to protect spectators from the hot sun or rain. Concessions and souvenirs are available on game days.

Evansville Museum of Arts
Patrons of the arts will love the Evansville Museum of Arts. It contains an art section, a theater and a gallery where you can purchase works of art. The permanent collections include Rivertown, which is an interactive exhibit that allows you to stroll down a life-sized 19th-century street where there are shops, buggies and sundries on display. The Arms for Victory Gallery displays changing collections of war memorabilia that range from the time of Abraham Lincoln to World War II. The immersive theater holds family movie nights, where classic and new films and animated features are screened. The Evansville Museum of Arts regularly hosts special events, such as demonstrations and lectures by visiting artists. 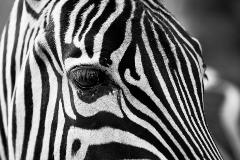 Learn about animals and plants from all over the world by paying a visit to the Mesker Park Zoo & Botanic Garden. In the botanical garden area of the property, you can explore the indoor rain and jungle gardens, which feature vibrantly colored orchids and other tropical plants. As you tour the gardens, be sure to look up and take in the towering palms above you. The family garden area offers many fun interactive exhibits for people of all ages to learn about plant life. Lake Victoria provides you with the opportunity to view native plants such as grasses and wildflowers. In the zoo portion of the property, the Amazonia area’s roof towers 45 feet above the pathways. In this section, you can see animals such as toucans, tapirs and howler monkeys. The Asia exhibit contains gibbons, tigers and takins. Elsewhere in the zoo, ostrich, zebra and Mexican gray wolves can be found. The Mesker Park Zoo & Botanic Garden also offers concessions and a gift shop.

Burdette Park
With its 170 acres of rolling hills, Burdette Park is an ideal way to spend time in the great outdoors. The park has a spacious lodge available for rent that can accommodate up to 650 people. Several outdoor picnic shelters can also be reserved for your special events. Have fun at the BMX racing track or the fishing pond. Burdette Park also has four tennis courts and two baseball fields. There are also groomed walking and hiking paths, bicycle trails and plenty of green space to enjoy a game of Frisbee or tag. You can visit the park's aquatic center and enjoy a splash in the pool during the summer.

Turoni’s Pizzery & Brewery
Satisfy your appetite with hand-tossed traditional or gluten-free pizzas at Turoni’s Pizzery & Brewery. You can build your custom pizza with veggie toppings such as jalapeno peppers, olives, spinach, onions or mushrooms. Meat options include Italian sausage, bacon and ham. The restaurant also serves a variety of other dishes, such as nachos, breadsticks and sub sandwiches. The brewery section features craft, microbrew and traditional beer favorites. Soft drinks, tea and lemonade are also available. 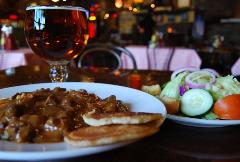 Gerst Haus offers a variety of traditional German and American fare. Try some bratwurst, wiener schnitzel or corned beef and cabbage. The restaurant’s Reuben sandwich has been rated as one of the best in the region. Dessert options include Bavarian apple strudel and Black Forest cake. The pub area offers a wide selection of European and American beers, including seasonal ales. Be sure to wear your dancing shoes if you visit Gerst Haus on a Friday or Saturday night because that’s when polka bands play live. (Photo Credit: http://www.gersthaus.com/)

Once you hire a moving company and relocate to Evansville, it will take some time to get yourself situated and comfortable in your new home. When you are ready to open your doors and explore the community, this list of 10 places is an ideal way to begin. Each of these spots offers something new and different. Whether you want to get outside, enjoy a favorite food or challenge yourself with something you have never seen or done before, the locations on this list will fit the bill. After you have visited these destinations, you may have the confidence to seek out some other fun places in the city. These locations can be enjoyed on your own, with a partner or even a large group of your new coworkers, neighbors and friends. Be sure to make note of your favorite places so you can return again and again.