Top Places to Visit after Moving to Arlington, TX

Arlington, Texas, is a large city located in Tarrant County that is part of the Dallas-Fort Worth Metropolitan area. Originally founded as an agricultural town in the 1840s, Arlington became a stop on the Texas & Pacific Railway, leading to its incorporation in 1884. Public utilities were quickly set up following its incorporation, leading to even more rapid growth. However, Arlington was not officially known as an industrial town until General Motors built an assembly plant there in 1954.

Arlington has experienced fantastic growth in the last few decades thanks to the increase in the automotive and aerospace industries as well as its convenient proximity to both Dallas and Fort Worth. It now has a population of nearly 400,000 residents. This boom in growth has led to Arlington cultivating many attractions and events, including becoming home to the Texas Rangers baseball and Dallas Cowboys football teams. There are also many restaurants and shopping options that can suit nearly any taste and mood. As a result, the city has become a popular destination for both new residents and tourists alike. While moving to a new city can be overwhelming, being familiar with some of the popular points of interest and things to do in your new location can make the process a little easier. Fortunately, there is something for every interest in Arlington, whether you want a night out on the town or are seeking something for the whole family. Once you're settled into your new home, check out some of these great places. 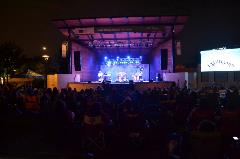 "Free music under the stars" is the slogan of the Levitt Pavilion, but it does not tell the whole story of this great venue. This locale hosts over 50 live concerts each year by jazz musicians, local Texas artists and some of the biggest names in music. The Levitt Pavilion is outdoors, which enables up to 3,500 attendees to enjoy lovely Texas evenings while discovering new artists or listening to old favorites. Best of all, with the exception of one fundraising event each year, the concerts are free and completely open to people of all ages. In addition to music, the Levitt Pavilion also hosts family movie nights during summer and fall. (Photo Credit: http://levittpavilionarlington.org/)

Living in Arlington, you will be close to some of the biggest names in sports, but the home of America's Team, the Dallas Cowboys, is right in town. The AT&T Stadium is a huge, modern stadium that hosts not only the Cowboys but also arena concerts, holiday events, youth sports camps and more. Visitors to the World's Largest Domed Stadium can enjoy a meal at the high-end Stadium Club restaurant, take a guided or self-guided tour, take in the unique contemporary art displays or simply marvel at the architectural wonder that is home to sports history in the making.

Six Flags Over Texas, the first Six Flags amusement park, is fun for the entire family. Named after the six different flags that once flew over Texas: Spain, France, Mexico, the United States, the Republic of Texas and the Confederate States of America, this theme park is comprised of sections devoted to each flag, each containing themed attractions. Six Flags has also added new areas over the years: Gotham City, Bugs Bunny's Boomtown and the Tower. Thrill ride enthusiasts will love the 13 coasters in the 213-acre theme park, while those seeking tamer entertainment will find plenty to do here. There are live shows, including karaoke; several dining and shopping spots; and plenty of family rides. Small children will love Boomtown, a Looney Tunes-themed section with kid-friendly attractions and lots to do!

Learn about the stars, planets and galaxies that make up the night sky at the Planetarium at UT Arlington. Featuring a 60-foot dome and state-of-the-art projector system, this venue enables visitors to view the universe in crisp, lifelike clarity while surround sound immerses visitors into the experience. The Planetarium puts on various shows targeted to different audiences. For the youngest visitors, "Big Bird's Adventure: One World, One Sky" is sure to be a hit, and "Astronaut" takes viewers on a behind-the-scenes journey of what it takes to become an astronaut, from training to launch. Older guests can take in "Phantom of the Universe," which explains dark matter in the galaxy, and the Pink Floyd show pairs the band’s iconic music with incredible CG visuals.

Since 1990, the Arlington Museum of Art has been showcasing contemporary art. While its main focus has historically been on contemporary art from Texas artists, the AMA is starting to incorporate other works into their exhibits. Historic pieces, items highlighting different cultures and new programs are now a part of the Arlington Museum of Art. The AMA is also a lovely event venue, and it can be rented out for gatherings, parties and even weddings. While the museum is open all year, it is closed on Mondays. (Photo Credit: http://arlingtonmuseum.org/)

Consisting of 1,300 acres along the Trinity River and a 12,000-square-foot nature center, River Legacy Park is an excellent place to spend the day. The park area is a combination of wetlands, prairie and forest, creating an ecological habitat that is home to an amazing array of plants, birds, fish and other animals. Park visitors can take advantage of the playgrounds, canoe launch, 10-mile bike trail and 8 miles of paved walking and biking paths. The River Legacy Living Science Center features hands-on science exhibits, aquariums and terrariums featuring local wildlife and nature trails. The Center also offers summer classes and educational programs for kids.

New residents to Arlington should absolutely take a tour of Top O'Hill Terrace. This area features a vivid history and lovely grounds. Originally built in the 1920s as a tea garden and tea room, the Terrace was bought in the late 1920s, and some of the buildings were converted into a vibrant casino, complete with escape tunnels and secret passages. While the restaurant and gardens were still a popular draw and served as a cover for the casino, the casino side of the business grew quickly to include a brothel and racetrack. However, the grounds were raided in 1947, and over time, the Bible Baptist Seminary located to the spot. Today, many of the buildings are used by Arlington Bible College, but tours are available throughout the week for those who want to learn more about Top O'Hill Terrace’s sordid past.

Fork in the Road

The Fork in the Road is another great Arlington eatery for new residents to check out. Featuring burgers, sandwiches and original and interesting salads, Fork in the Road boasts a great menu and casual environment. Menu favorites include the Supah Gyro, a 7-ounce burger that is topped with gyro meat and a homemade tzatziki sauce, and the Ball Park, a 7-ounce burger topped with cheddar cheese, a grilled beef hot dog and mustard on a pretzel bun. Fork in the Road also features cane-sugar sodas, most that are native to Texas; delicious desserts; and hand-cut French fries.

Invented over 5,000 years ago, the sport of bowling has a surprisingly rich and interesting history. The International Bowling Museum & Hall of Fame takes visitors on a trip down memory lane, starting in Ancient Egypt, moving across Europe and into the United States. The 18,000-square-foot museum displays video clips, articles and photographs commemorating important people and moments in bowling history. It is located on the International Bowling Campus, the governing body that dictates all aspects of the sport, and closed on Mondays. 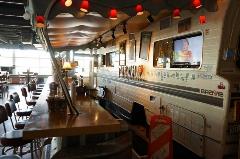 Texas knows beef, and there is no better place to enjoy a good burger than Twisted Root Burger Co. The chefs at Twisted Root make gourmet burgers that are big, delicious and made from the highest-quality ingredients. The half-pound burgers contain freshly ground beef, the buns are made at a local bakery and all of the condiments and toppings are homemade right there in the restaurant. Diners can taste the freshness and quality of the ingredients. Even though the food may taste fancy, the Twisted Root Burger Co. is as casual a restaurant as you will find. Enjoy the fun and casual environment, be yourself and indulge in some great food. (Photo Credit: http://www.twistedrootburgerco.com/)

While relocating to a new area can be nerve-racking, hiring an expert moving company and knowing in advance what your new city has to offer makes it a little easier. Visiting these attractions will not only be fun, but it will also enable you to learn a bit more about what makes Arlington unique, meet new people and really get a feel for the culture of the area. Once you move to Arlington, unpack and start settling in, be sure to plan some visits to these locations.