by Jackie Heath on Jan 10, 2017
Discover the top five destinations for military personnel and their loved ones.

When it comes to moving from one home to another, no one has the process down 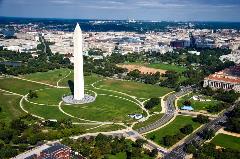 quite as well as military families. Because of the nomadic nature of the job, military professionals and their loved ones are often called on to uproot their lives and settle in another military town. Although many people move to these cities for other reasons, they often see a large inbound and outgoing military population year after year.

5. Killeen, Texas: As the home of Fort Hood, Killeen is known most for its military presence. This Texas town is by no means the largest one in the state (in fact, it’s only the 21st largest), and there’s not much about the area that’s notable except for the fort, but that’s enough for families who get stationed here. The base population is well over 200,000 residents and provides plenty of support for those who serve.

4. Pensacola, Florida: As the home of Naval Air Station Pensacola (NASP), this sunny city is often referred to as the Cradle of Naval Aviation. It’s also the initial primary training base for all Navy, Marine, and Cost Guard aviators, so there tends to be a large rotating population affiliated with the base. Of course, the beachfront views add to the appeal, so few families complain about a posting here.

3. Fayetteville, North Carolina: Technically, moving to Fort Bragg could mean living in one of several different North Carolina cities, including Fayetteville, Spring Lake, and Southern Pines. All three of these towns border the fort, which is considered the largest military base in the world (population-wise), with over 50,000 active duty personnel. In addition to the military families living here, many defense contractors also have facilities here, so there’s lots of work to go around.

2. San Diego, California: San Diego is a very populated, very active place to live no matter what industry you’re in. For military families, however, it’s the Navy presence that makes the biggest difference. San Diego hosts the largest naval fleet in the world, and has bases for the Navy, Marine Corps, and Coast Guard. However, the high cost of living in the city itself means that many families end up living on base or in the suburbs.

1. Washington, DC: It’s impossible to live in Washington, DC and not feel a military presence. Sure, there’s a very strong political climate here, and most people are affiliated with the government in some capacity or another, but the number of bases also make it a military town. The Washington Navy Yard, Bolling Air Force Base, Fort Lesley J McNair, and the Pentagon are just a few of the places military families might find themselves stationed.